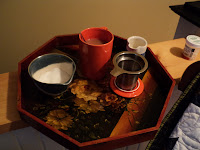 Just got back from a lovely short holiday with family in Ottawa and Toronto courtesy of my wonderful brother Darrell.  No, you can't have him, he's taken.  No, he can't adopt you, but I fully understand why you'd wish he would.  This is the same brother who took me on a trip to the Greek Islands back in October.  If you're not already jealous enough -- he brought me tea in bed !   Nyahh, nyahh.
Together we made like tourists and saw some sights in Ottawa. We wandered around the parliament buildings. 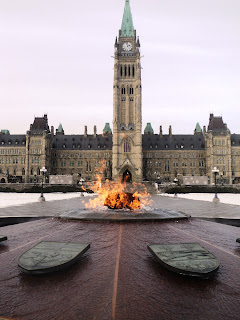 While there, we checked out the feral cat colony that has existed in the shadow of the parliament buildings since the 1970's.  The cats are trapped, neutered and released to live out their "wild" lives in these very nice digs.  Apparently it's not just the cats who enjoy a free lunch.  Click the picture to see who's coming to dinner. 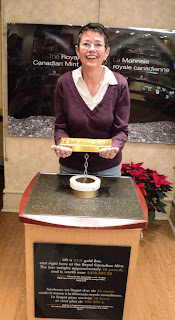 Later we visited the Royal Canadian Mint. What luck ! It was free sample day !
Did you know Canada has two Mints ?  No, I'm not talking candies.  The Ottawa Mint does not make our circulation coins.  The Winnipeg mint produces all our circulation coins and also coins for many foregin countries who can't produce their own coins.  The Ottawa mint makes commemorative coins.  Heck,  your Canadian Tire commemorative coin was made there !  Canada has developed a technique to mint the purest gold in the world.  To commemorate our really swell gold, in 2007 the Mint made five 100-kg, .99999 pure gold bullion coins with a face value of one million dollars.  They were each the size of a small coffee table top, which is lucky because apparently some rich dude in UAE is using one of them for just that !
We travelled by train from Ottawa to Toronto where we stayed with Darrell's eldest son and his lovely family. We went to their son's hockey game and to a musical at the Canon Theatre. 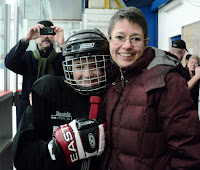 My other nephews and my niece dropped in for hugs and some stimulating conversations.  It was really a terrific visit. 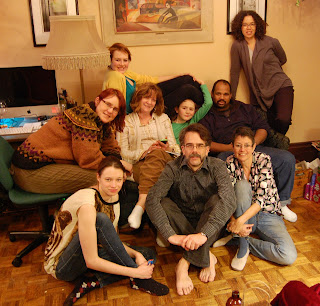 And the best thing of all ?

My house was still intact when I got home.
Posted by Sybil at 10:39 PM