The end of the earth.

Karma, over at Karma's When I feel Like It Blog has an interesting challenge this month.
Her inspiration came from another blogger who had posted a shot from Point Pelee, Ontario and described it as looking like "The End of the Earth".  So her challenge is for us is to ..." Show me the place that is “the end of the earth” for you ... "
Rather than picking a specific place, I picked an atmospheric phenomenon, to wit, fog.

In the fog the edges of the world become fuzzy.
It could be the end of the earth, because the visible world appears to peter out. 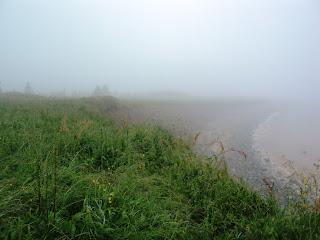 In the fog, an ordinary trip can become "a magical mystery tour"
as you must trust that the bridge you are on does not really drop off into space.

In the fog, a simple dock becomes an ephemeral thing, as it fades away in the distance. 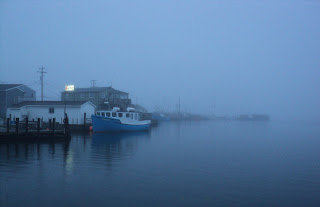 Things drift in an out of sight. Because of fog, wherever you are, can appear to be the end of the earth. 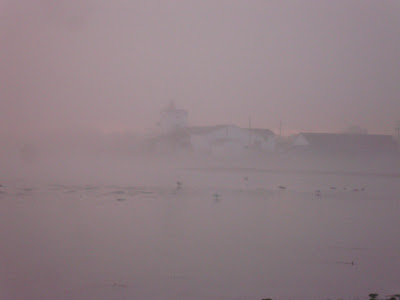