I haven't been to Point Pleasant Park in ages.  Sandy Lake and Shubie Park are our usual hangouts; and sometimes Second Lake; oh and Lake William ... oh and ...

Well you get the point.  We have lots of wonderful places to go dog walking and Point Pleasant Park a massive dog-friendly park located on the bottom of the Halifax peninsula facing the open ocean is an amazing treasure. 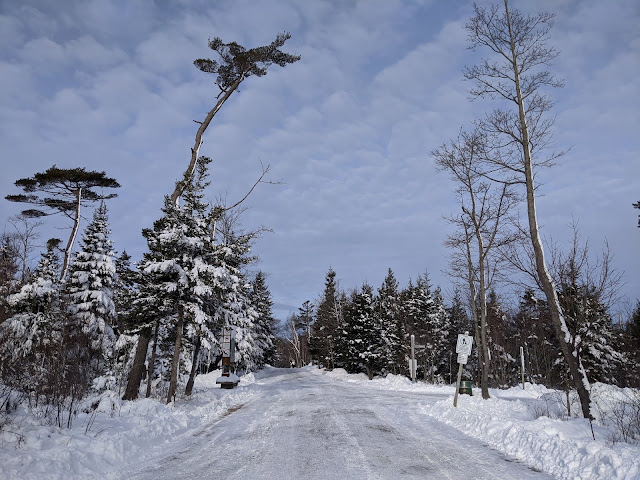 The main walking "trails" are wide, plowed, and sanded for easy walking. 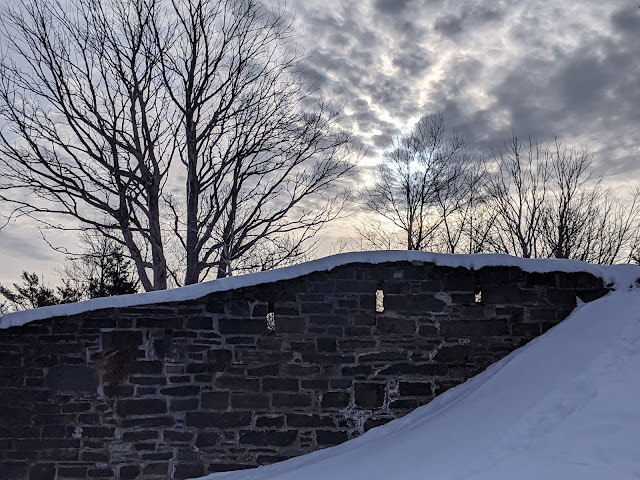 Old ruins of defensive buildings add to the interest of a walk here. 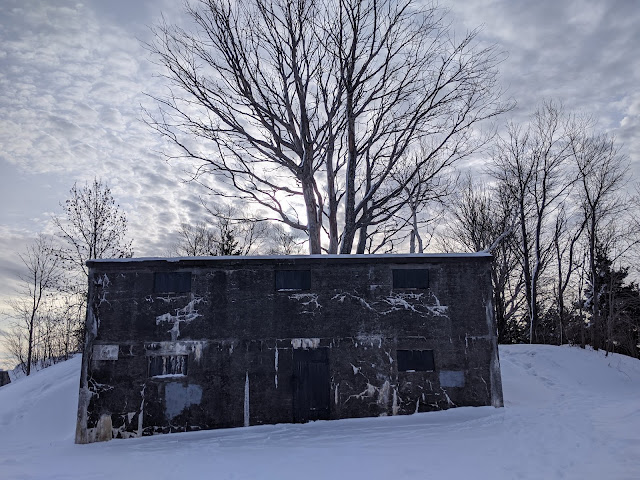 In the summer time the fortification below is used as a backdrop for live theatrical performances by "Shakespeare by the Sea".  I can't believe that after ten years here I still haven't seen one of their shows !   Guess I should rectify that. 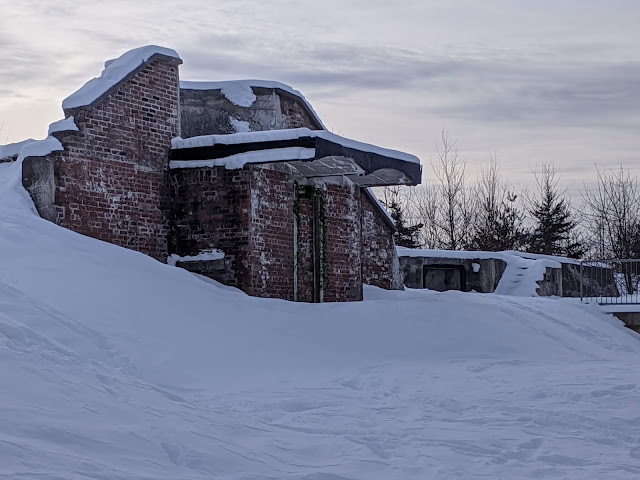 Across the peninsula are many trails, each of which has smaller side paths which are not plowed but simply packed down by previous walkers. 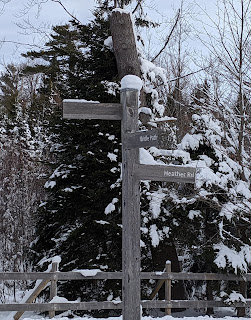 Even though it was a work day and a mite chilly there were quite a few dog walkers in the park.  I did pass one or two people without dogs but they certainly were in the minority. 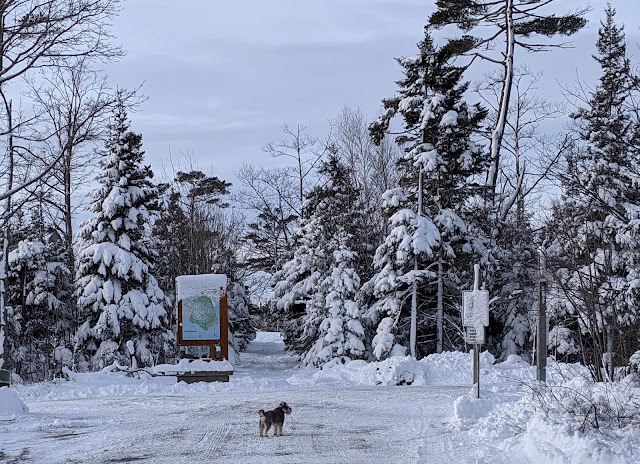 Sadly, even in winter nature calls.  Oh my the toilet seat was c-c-cold. 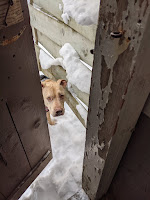 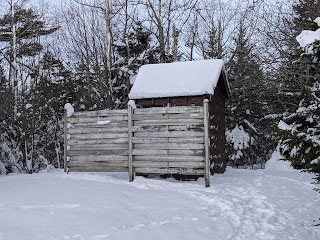 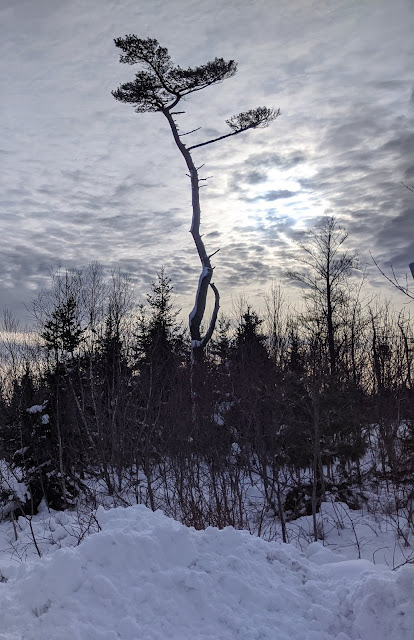 These lone trees are remnants of what was once a magnificent forest,  devastated by Hurricane Juan back in September of 2003.  The park lost 70,000 trees and was closed for over a year during the clean up. 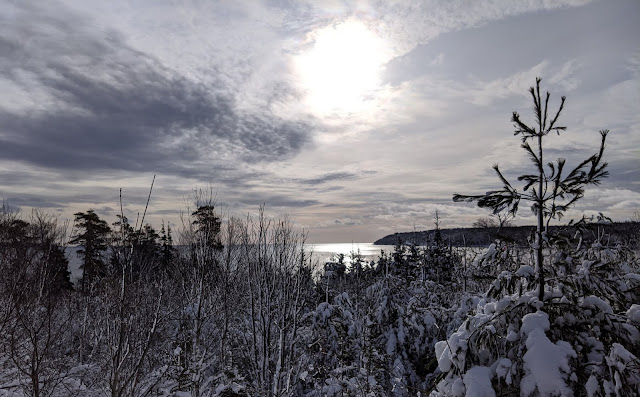 All these years later a new generation of trees is growing up; but it will be many, many years before the park reaches its former state of glory. 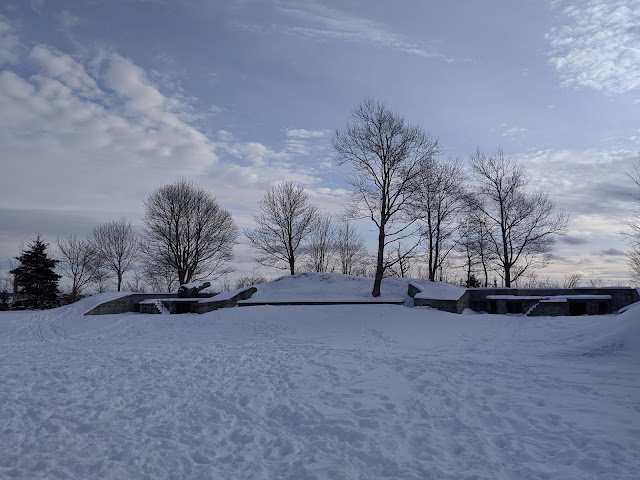 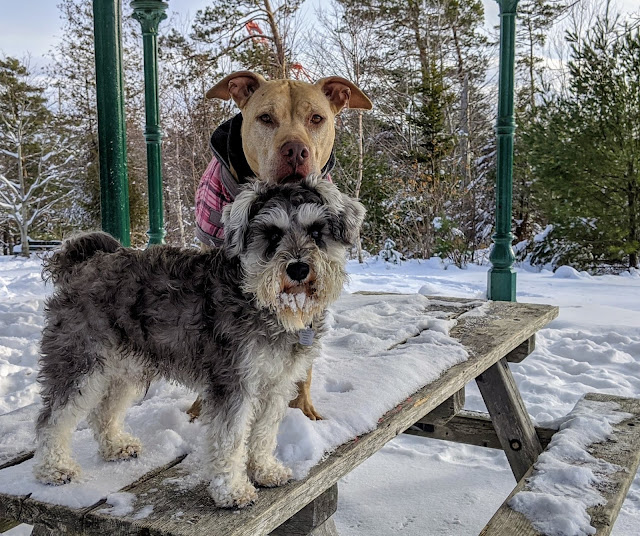