Last April, a month after Covid-19 invaded our lives, a monster briefly walked among us in Nova Scotia, and took 22 innocent lives.

Nova Scotia tartan ribbons popped up all over. 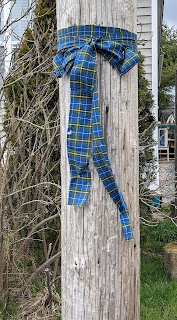 Hearts appeared in windows and on home-made signs. 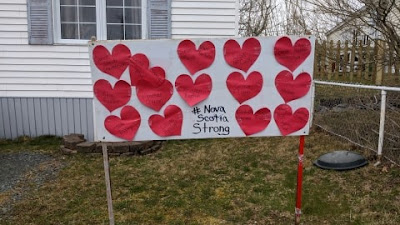 Tim Hortons a nation-wide coffee chain, as a fund raiser decided to sell a "Nova Scotia Strong" donuts. ALL proceeds would go to the Canadian Red Cross "Strong together Nova Scotia Fund", which would work to provide support to the individuals, families and communities impacted by the mass shooting with immediate and long-term needs.

Each of the 1400 nation wide stores was free to design its own version of the donut. 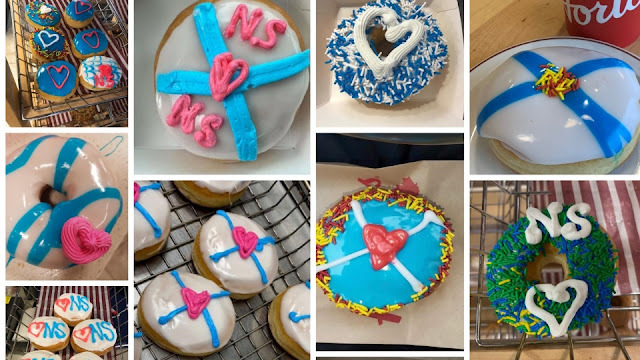 I must confess that that week I went to Tim Hortons more often than usual and quickly learned that the N.S. Strong donuts were the first to sell out each day.  From Newfoundland to British Columbia everyone wanted to buy a Nova Scotia Strong donut. 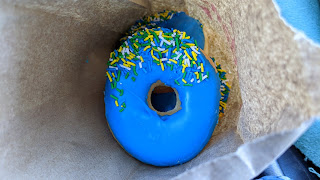 Since then, bumper stickers started appearing on cars.
Each time I see one of the stickers, I snap a photo.  How do you like my collection ? 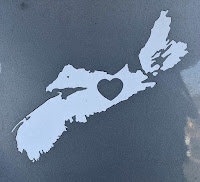 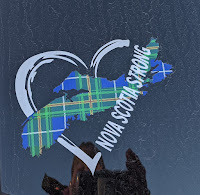 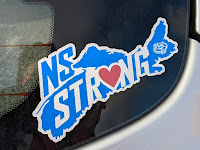 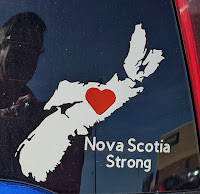 So here we are moving into the second wave of Covid-19 and the TV show "The Fifth Estate" has done a special on that black day in April and how it was handled by the RCMP.
We are working consciously to remain a strong province.  We are hunkering down to protect ourselves and others from Covid-19.
And I wish to goodness we could hug each other. I miss hugging so much.   I know we will again one day.   But not today or tomorrow.
In the mean time we'll have to settle for just hugging each other in our hearts.
Stay strong and care for each other. 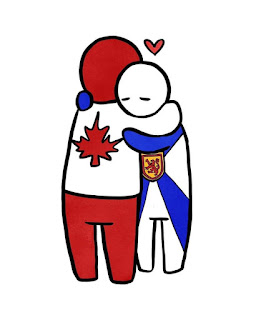