I've lived in Nova Scotia 12 years and as of a few weeks ago I had never visited Yarmouth.  I had travelled to the tip top of the province at Meat Cove, but had never ventured to the "bottom".

Happily that has now been rectified.

Just below Yarmouth, poking into the open Atlantic, warning ships at sea, is Cape Forchou; a well-known tourist destination.  These are some photos from along the spit of land leading to the lighthouse. Loads of photo op spots. 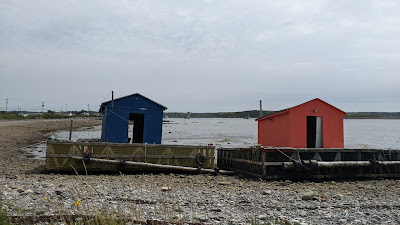 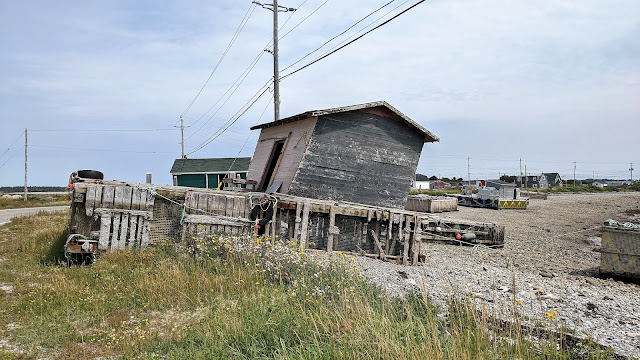 In spite of Covid, or perhaps because of it, the lighthouse is a popular destination. 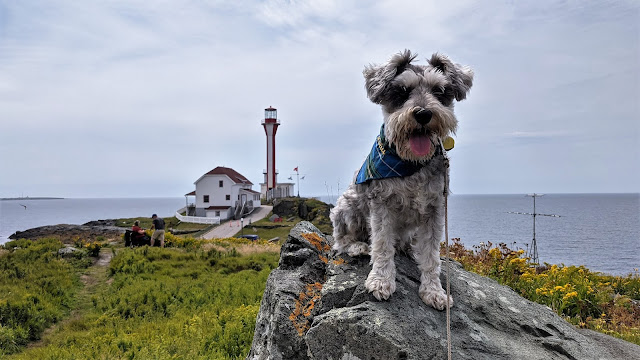 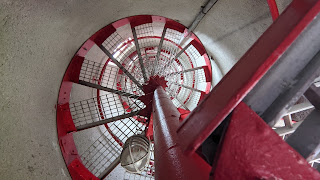 The door was propped open revealing the narrowness of the unique "apple core"  lighthouse design. 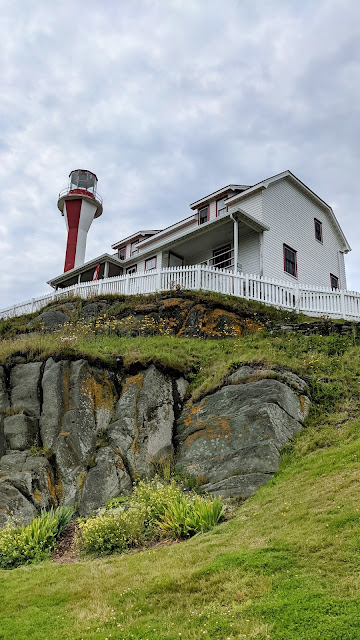 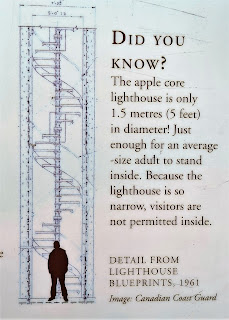 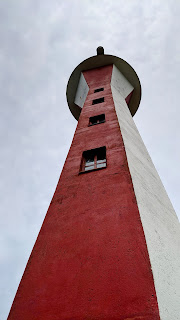 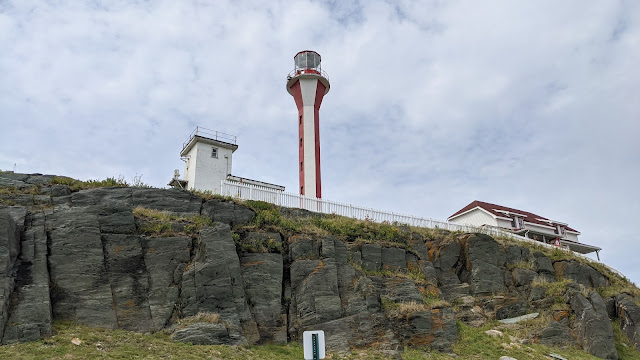 There is a pretty scenic walking trail around the cape. 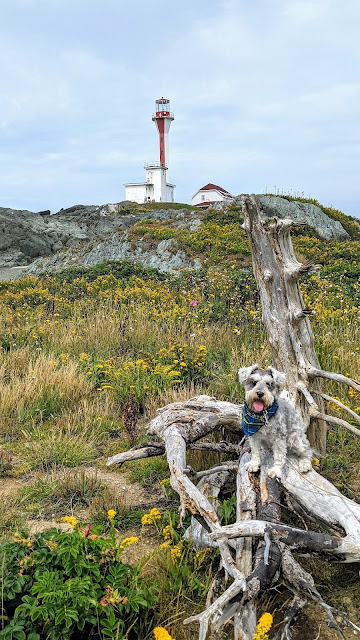 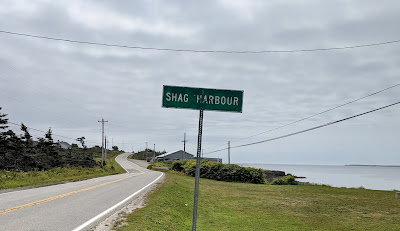 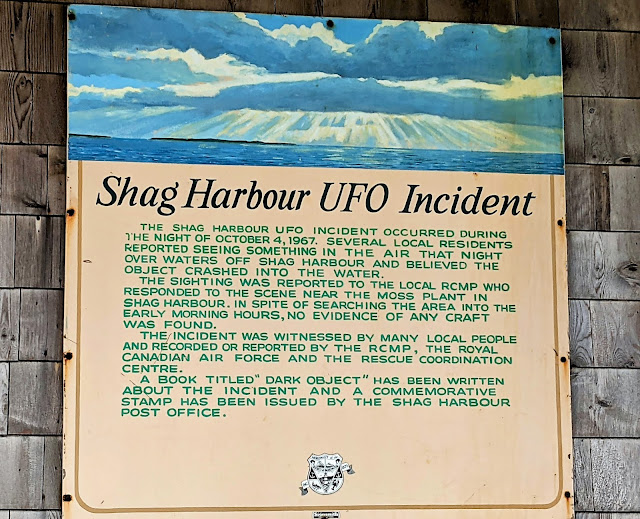 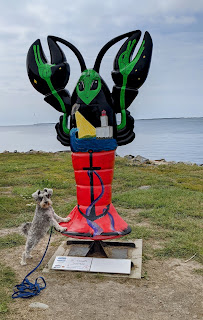 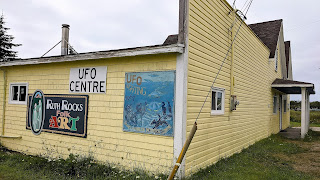 It was reported as a downed plane.  Many local fisher folk rushed out in their boats to look for survivors.  All they found was foam on the water and very briefly, lights under the water.  It is the World's best goverment documented UFO sighting and yet few are aware of it. 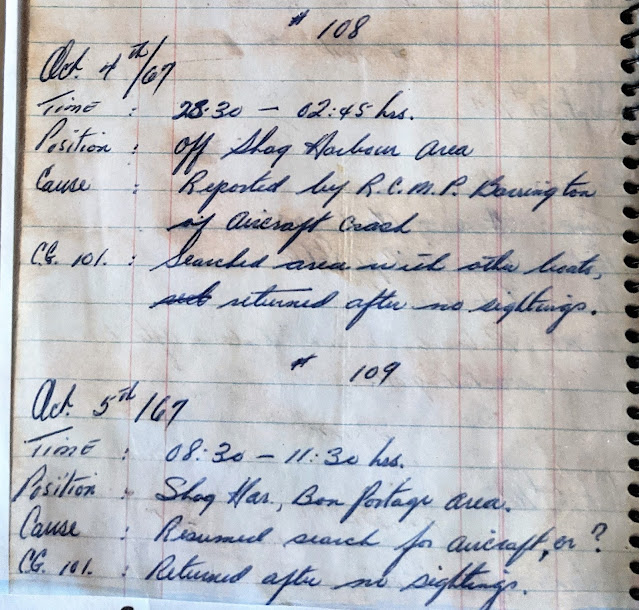 One of the amazing things about Nova Scotia is the unexpected places you were NOT planning on visiting; but simply stumbled across.  Case in point: Cape Sable Island. 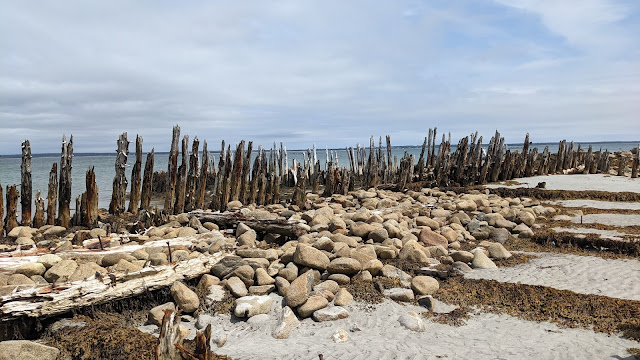 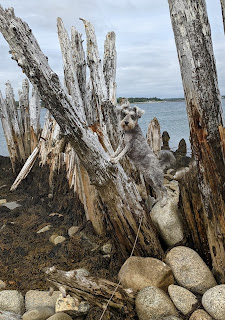 Dexter and I had many different beaches all to ourselves.  Keep in mind that this is a warm day in August ! 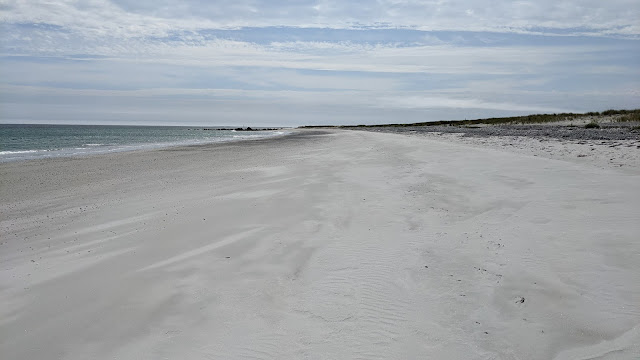 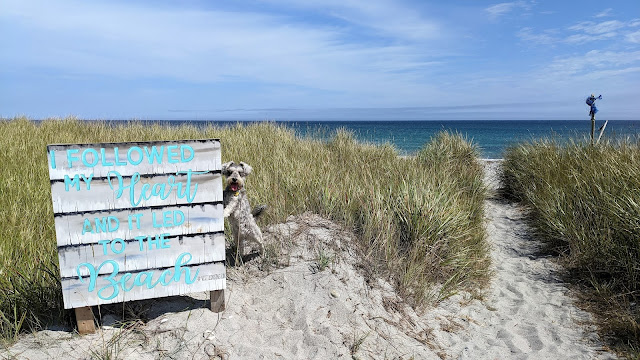 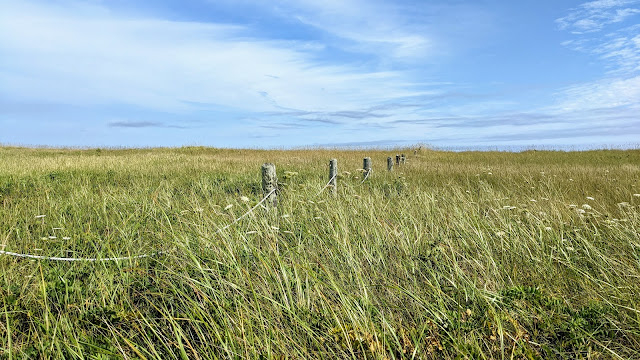 It's hard not to stop as I drive down Nova Scotia backroads, having glimpsed a tucked away beach.  And once we stop, at the very least a wander is in order. 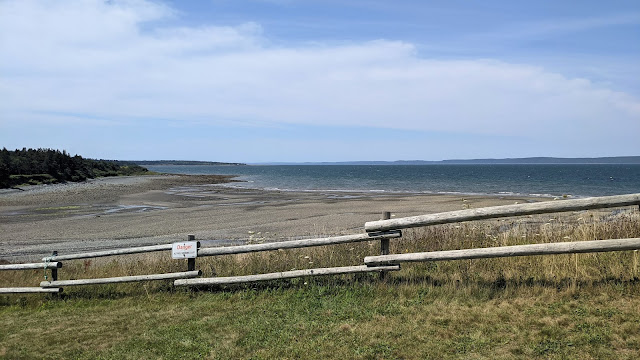 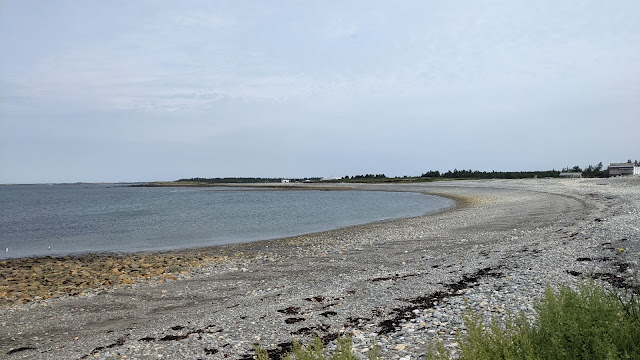 Turns out Dexter is a marvellous travelling companion and we can't wait for our next adventure. 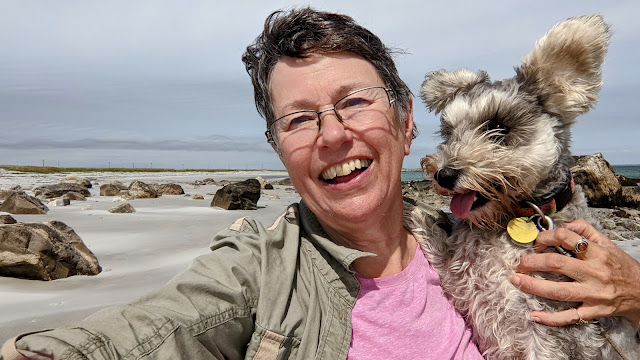