116 kilometres isn't really that far.  It's 72 miles.  Sometimes we express distance as time.  "How far is it to Burntcoat Head?" you ask.  "Well from my place it's around an hour and 20 minutes."

But it's not quite a direct route.  It could be.  But with me it rarely is.

I wanted to show my friend Donna, Burntcoat Head, sight of the highest tides in the world, but as usual there were places to stop along the way.

We agreed to meet up at the lay-by at Cheverie at 11:30; three hours before low tide.  There's a large parking area so you can enjoy the stunning view across the Bay of Fundy to the cliffs of Blomidon. 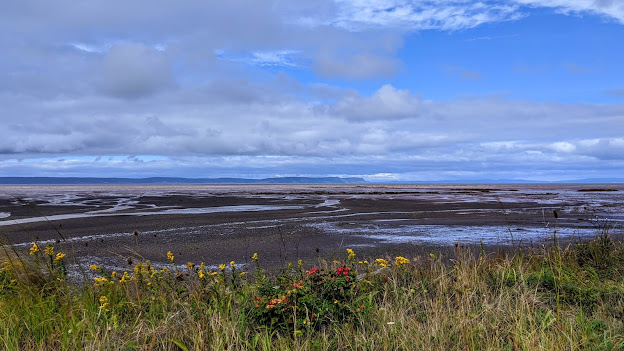 I've told you about this spot before.  I may have mentioned that many visitors come to take in this view, and then happily leave, not realizing they have missed something very special.

If they tore their eyes from this view and turned around they would have seen this on the hill behind them. 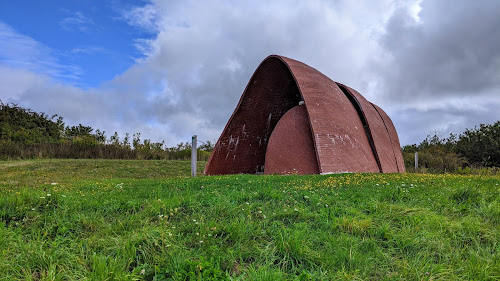 It's a stunning building created in 2012 by some students of Dalhousie University.  It stands atop a grassy hill, just waiting to be explored.  But few people even notice it. 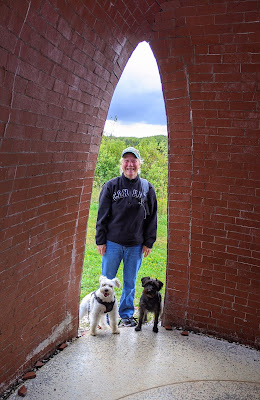 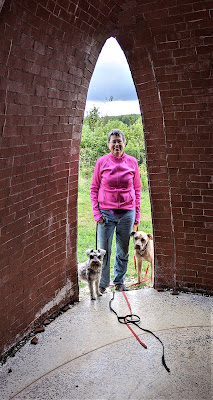 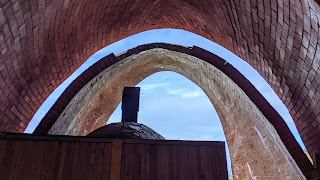 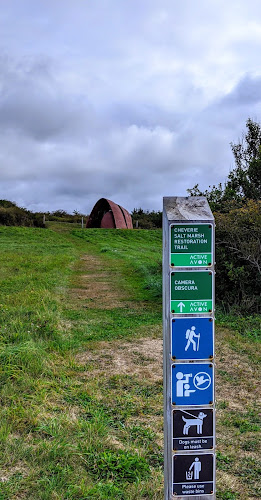 In a dark room within those walls is an enchanting surprise.  Well not at first.  You have to wait a bit for your eyes to get used to the darkness.  Then you simply stare at the floor waiting and waiting ... until on the floor you see projected the view across the Bay.  What's super fun is when a car zips by at your feet.  (The smudges and marks I think reside on the mirror that projects the image) 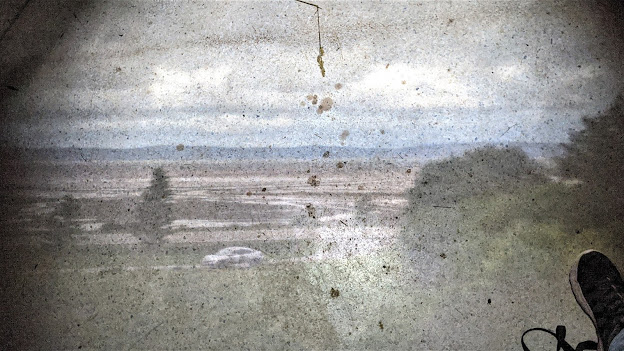 BTW that's Donna's car parked just left of centre.  The road is just behind it. Below, is what the projection is showing.

Just a kilometre down the road we turned down Shipyard Road so I could show Donna the gypsum cliff. 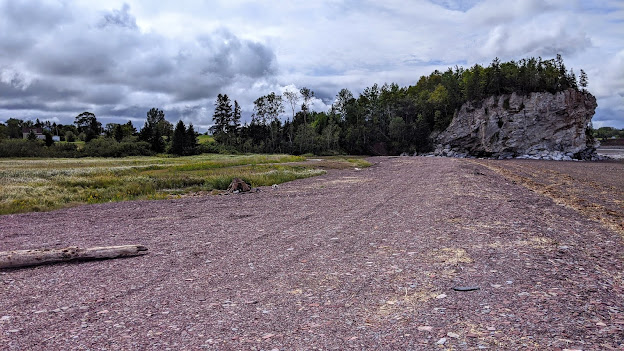 After a walk there we continued on to Walton where we got take-out lunch at the Walton Pub -- "Under one billion served" it declares proudly on their sign. 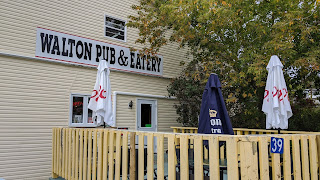 We ate it at the Walton lighthouse. 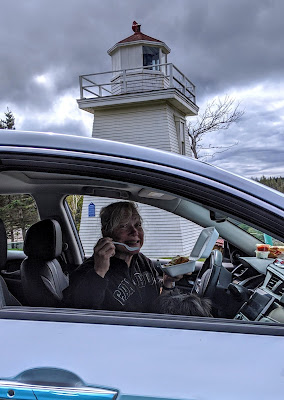 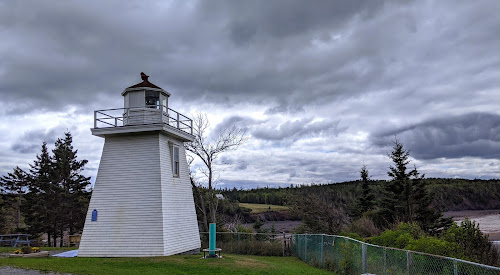 It was pretty close to low tide. 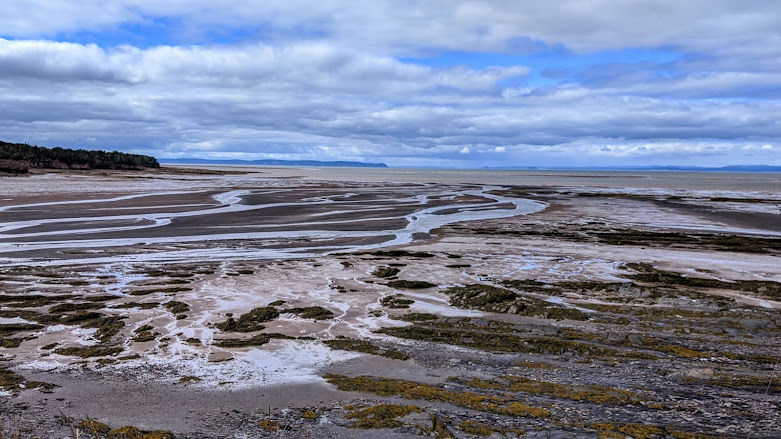 We stopped on our way back home several hours later for a comparative photo. 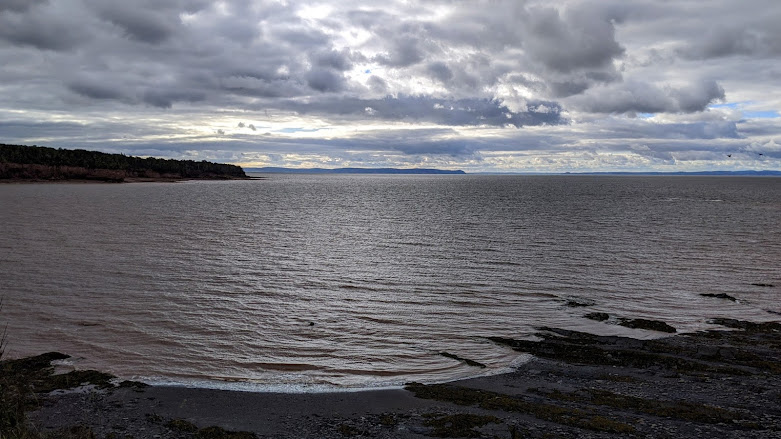 Finally it was time to head to Burntcoat Head. 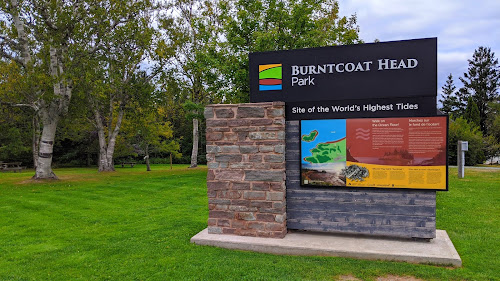 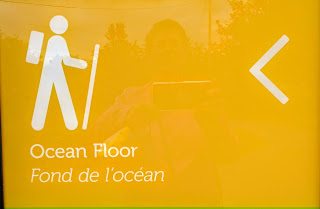 Did I mention that we brought our dogs with us ? 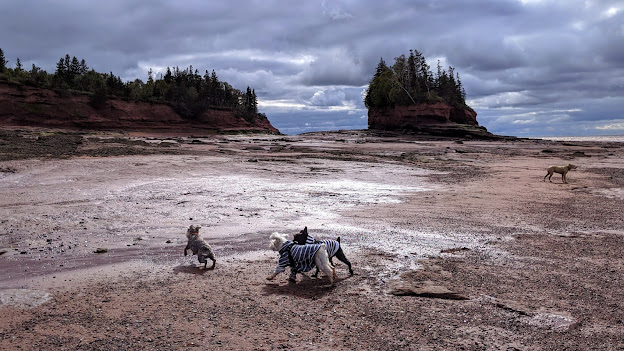 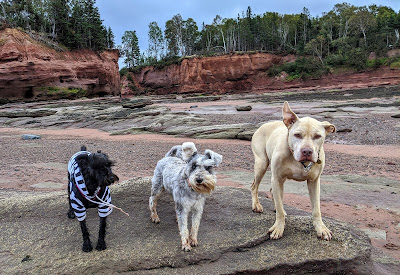 Donna has a black and a white Schnauzer; Pyper and Allie. 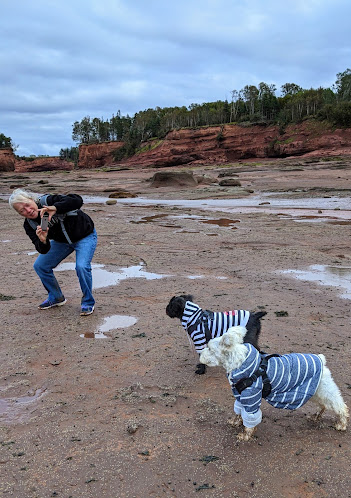 We just about had the whole shore to ourselves.  We walked for a while and wanted to keep walking but as I kept reminding Donna, "the tide has turned". 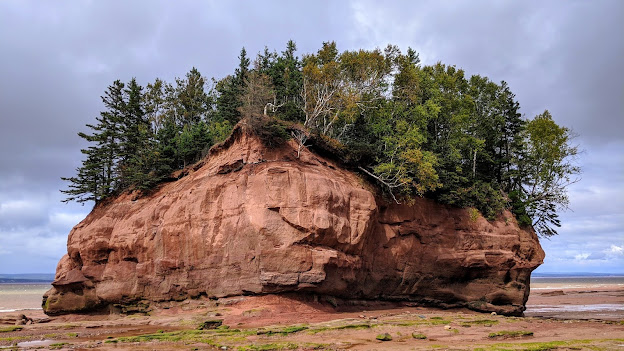 Donna's high tech watch told us that we'd walked 10,000 steps.  I was pretty darn tired by the end of our explorations and easily believed we'd walked that and then some.
The dogs were pretty tired too. 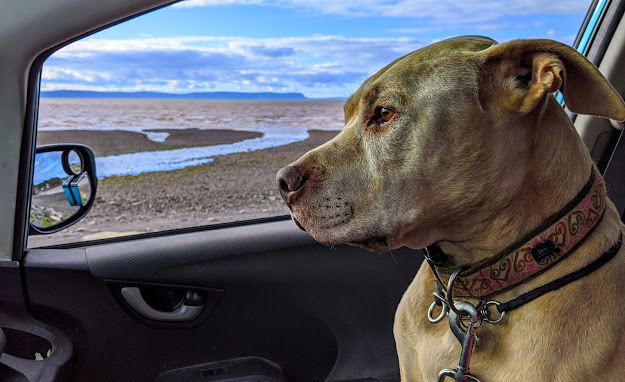