A windy walk at Cow Bay.


Yesterday was pretty darn mild, around 5 C (43 F).  Unfortunately it was also very windy.  I bundled up and took Wendy and Trey to Cow Bay.

I often walk along the cobble beach there, but had never explored the little peninsula that pokes backward, away from the beach, into salty Cow Bay Lake. 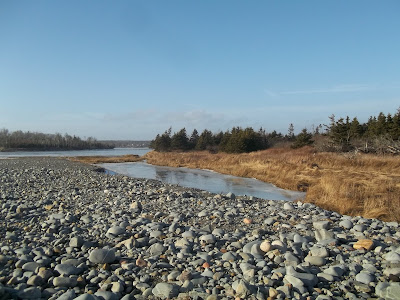 We followed an ATV trail that led us almost to the end of the peninsula. 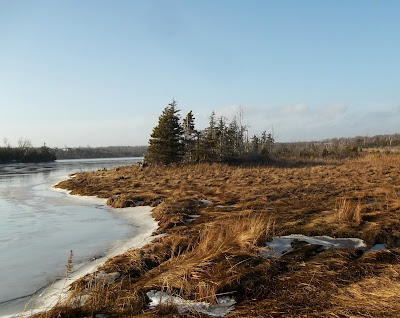 Once we got farther from the beach, the wind lessened, but it still blew strongly through the old man's beard in the tops of the trees. 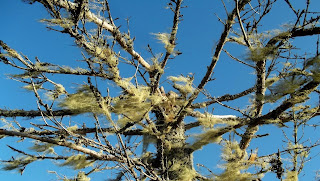 Though the lake is covered in ice, due to the salty water, I doubt the ice is very thick. 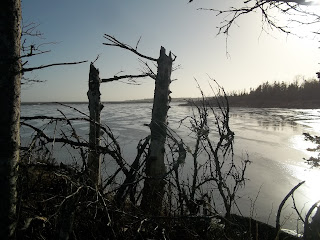 I'll be going back there.