Today the dogs and I headed to Rainbow Haven, that is after I checked the tide times.

Being on the Atlantic side it is not dangerous to get tide times wrong; it just means that you may be disappointed by the total lack of beach.  I learned that low tide was to be at 12:30 so I knew that by arriving at 1 ish there would be lots of beach, and I wasn't disappointed. 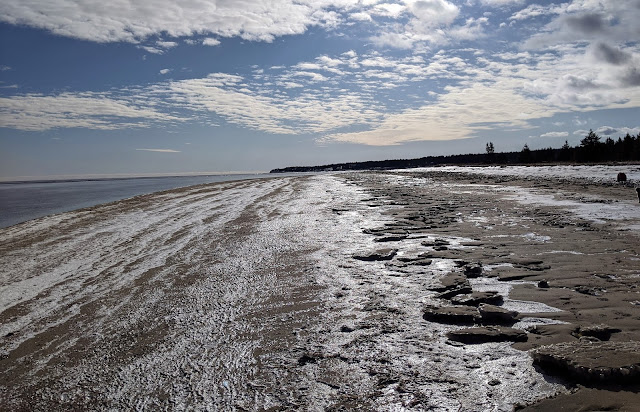 The beach is quite different in winter with blocks of ice that have been pushed up to the high tide mark.

Frozen in time the waves lie rigid on the shore. 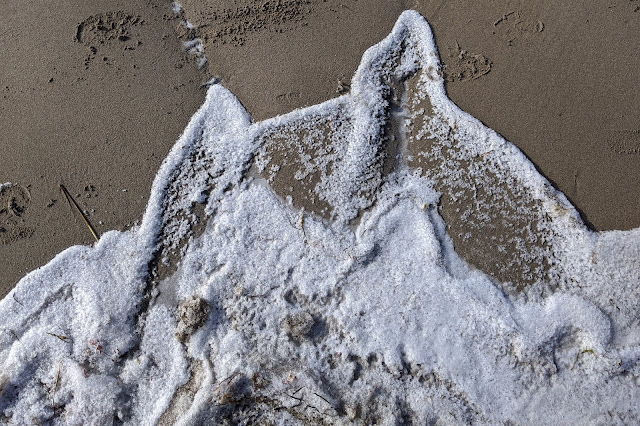 Not just bigger waves, but little ones were also stopped in their tracks too. 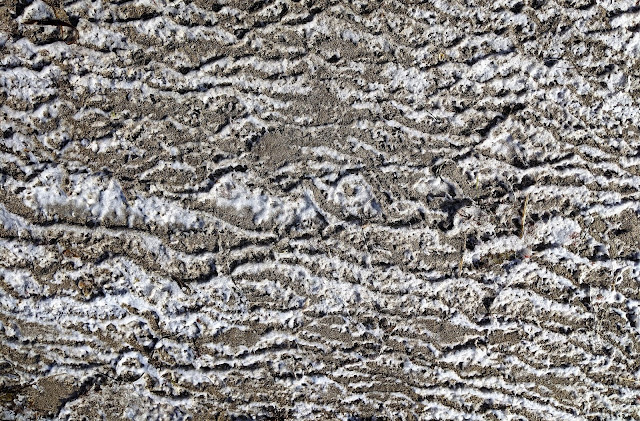 How remarkable is this ?   Frozen bubbles ! 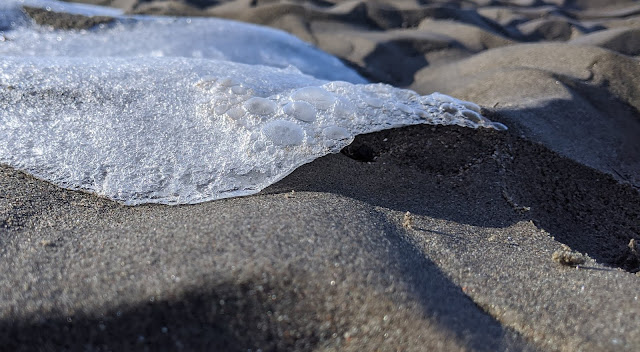 Of course I wasn't walking alone.    My best buds were with me.  I think Sooki looks particularly dignified in this photo; which isn't easy considering the crazy outfit she's wearing. 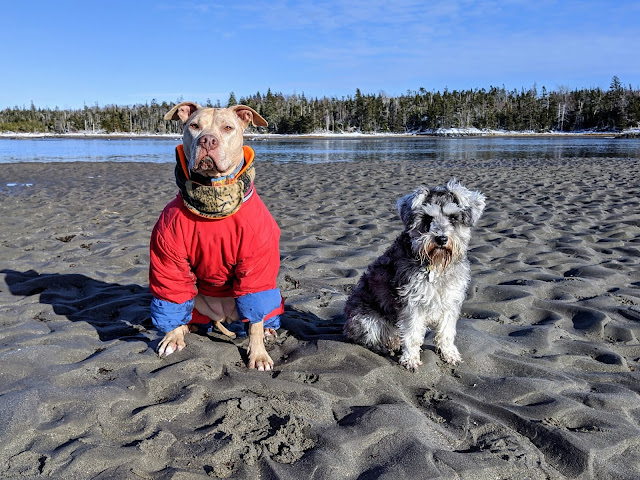 And of course they were glad to have a huge expanse of beach to run on. 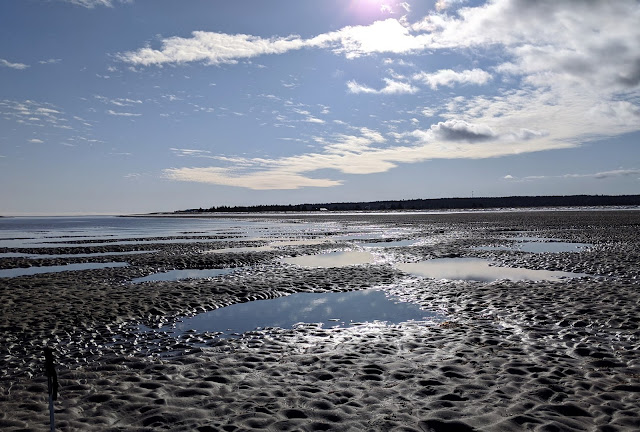 In a couple of hours this whole area would be under water. 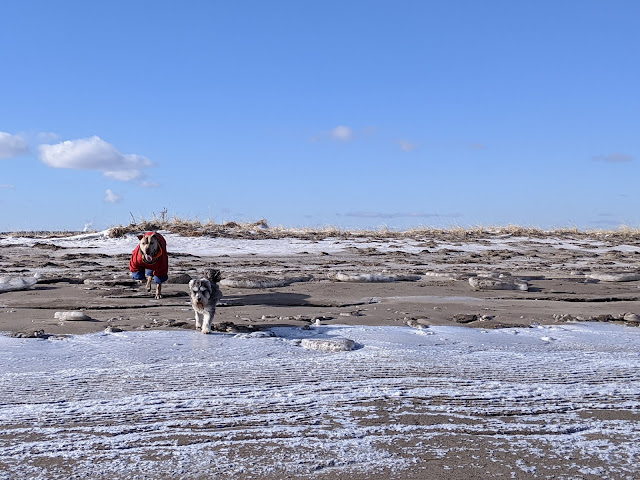 In the summer we'd walk up the beach and then circle back down on the path that runs up the peninsula which juts into the harbour. 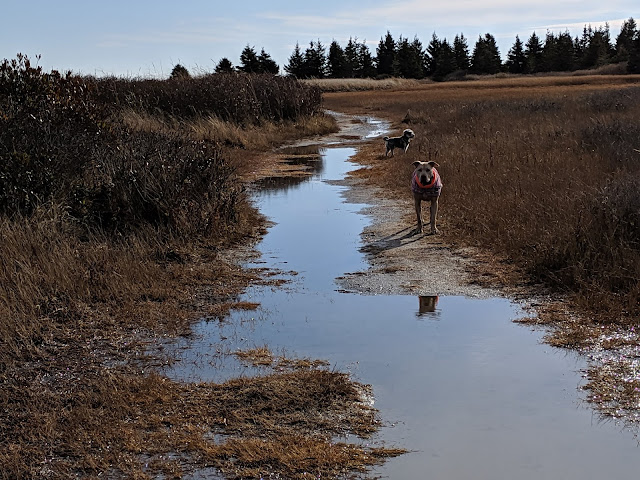 Compare the photo above with the one below.  Both images were taken at just about the same spot. 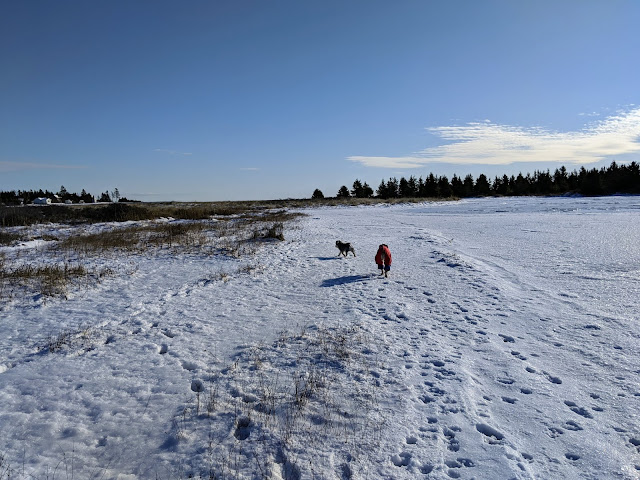 It would appear that even more of the land is being covered at high tide.  The land to the right of the path is covered by ice. 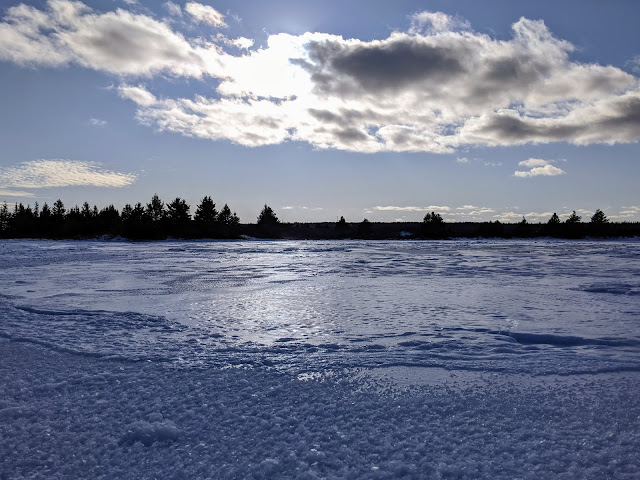 And in the foreground was an interesting ice formation with layered slivers of ice.  Of course I just had to taste a piece to confirm it contained salt.  And yep, it did. 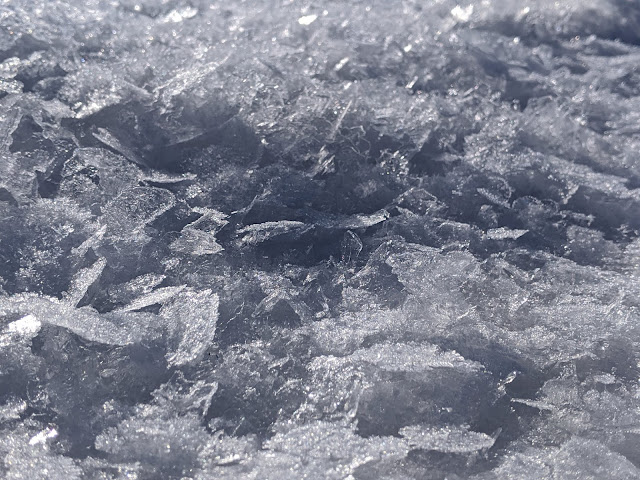