A bleak and barren place.

I went for a chilly walk today with my friend Mickie and her dog, Remi. 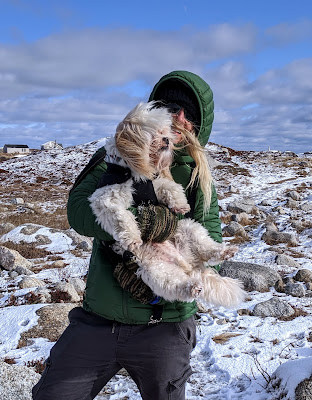 The words that immediately come to mind to describe the scenery are "bleak" and "barren".

In the dictionary, bleak is defined as "lacking vegetation and exposed to the elements", while barren is "(of land) too poor to produce much or any vegetation".

And yet I use these two words come together to describe a place of incredible beauty; the High Head trail beside the Atlantic Ocean. 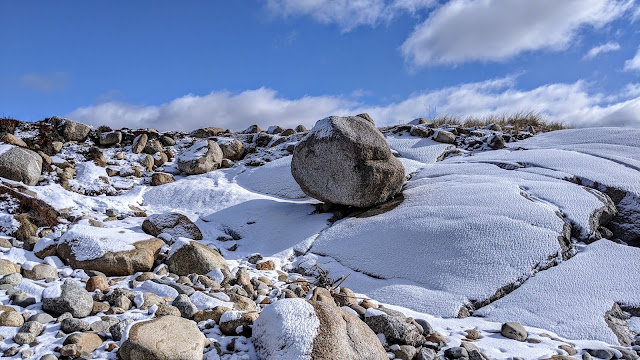 The land is covered in erratic rocks; those that have been left behind by the receding glaciers. 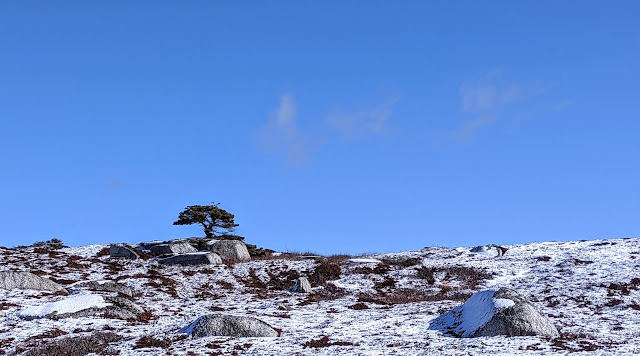 Vegetation is sparce and low to the ground as it has to cope with the high winds and salty sea spray. 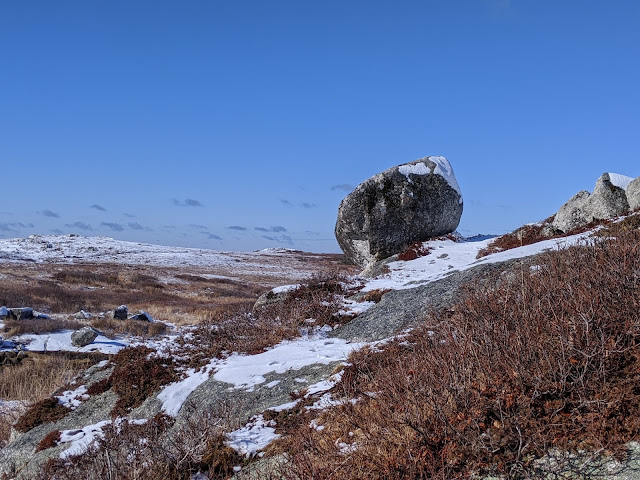 A storm passing by,  far out at sea was the cause of some pretty impressive waves crashing onto shore.

The ocean rushes in and out like some gigantic breathing entity.  In and out.  In and out with great roaring power. 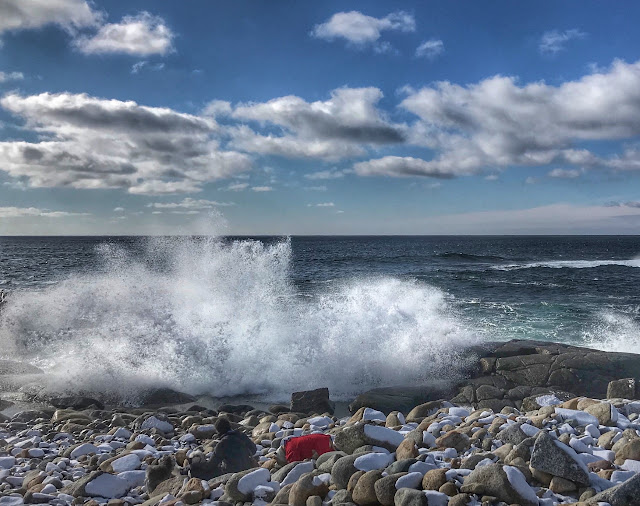 Never fear, Mickie used a zoom setting when she took this shot of me and the dogs and the waves were not as close to us as they appear to be. 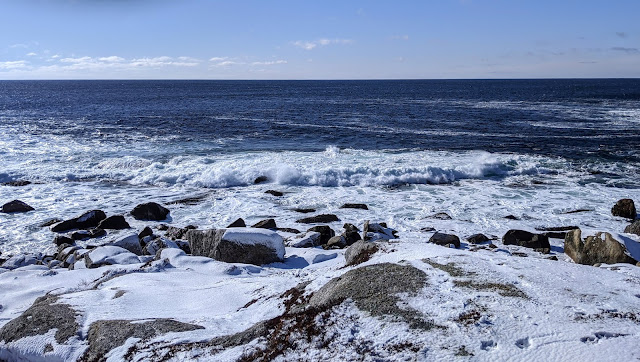 Between the foamy waves and the snow covered rocks sometimes it was hard to tell where the land stops and the sea begins. 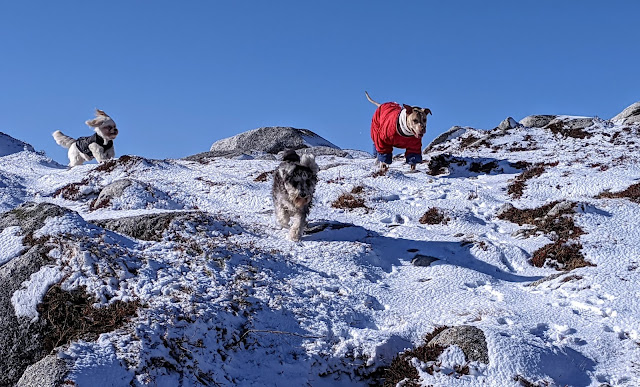 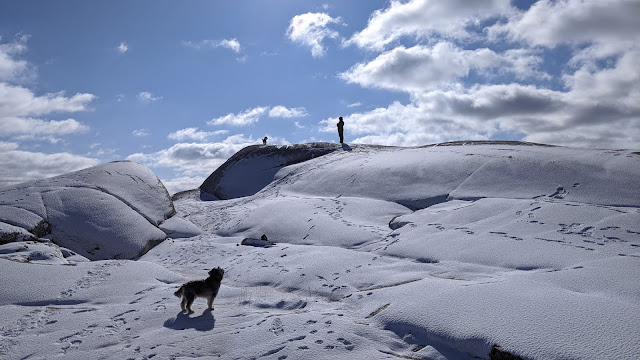 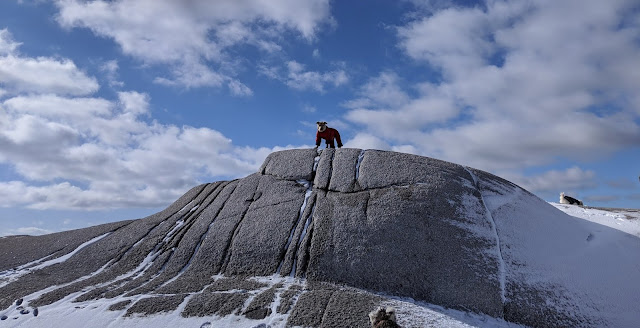 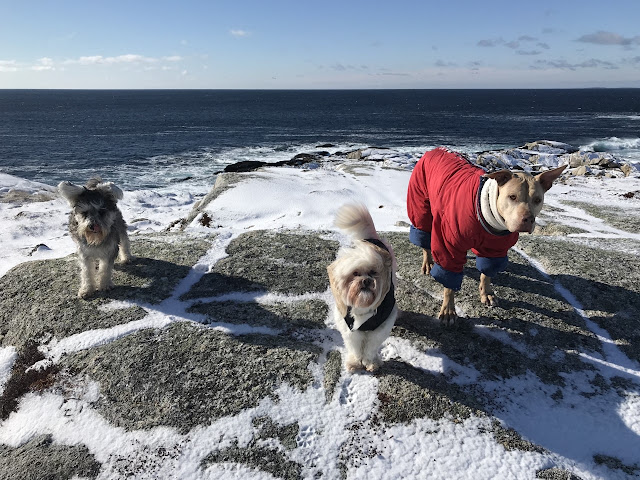